U.S. wild-caught Pacific mackerel is a smart seafood choice because it is sustainably managed and responsibly harvested under U.S. regulations.

○  According to the 2017 stock assessment, Pacific mackerel are not overfished and are not subject to overfishing.

○  Pacific mackerel naturally experience “boom and bust” cycles of abundance, which is typical of other small pelagic species that have relatively short life spans and high reproduction rates.

○  The Pacific mackerel stock is well above its target population level. However, in historical terms, the population remains at a relatively low abundance level, due primarily to oceanographic conditions.

○  The body of the Pacific mackerel tapers at both ends.

○  They have a pointy head and a large mouth.

○  The head is dark blue, the back is dark blue with about 30 dark wavy lines, and the undersides are silver green.

○  Pacific mackerel grow fast, up to 25 inches and more than 6 pounds.

○  They can live up to 18 years but are able to reproduce by age 4, and sometimes as early as age 1.

○  They spawn at different times of the year, depending on where they live. Pacific mackerel spawn from late April to September off California, year-round off central Baja California peaking from June through October, and from late fall to early spring off Cabo San Lucas.

○  They spawn several times a year, releasing batches of almost 70,000 eggs each time. The eggs usually hatch within 4 to 5 days.

○  Pacific mackerel feed on plankton (tiny floating plants and animals) and the younger stages of all the pelagic species such as anchovies and sardines, as well as their own young.

○  Pacific mackerel school as a defense against predators. Often they will school with other pelagic species such as jack mackerel and sardines.

○  As adults, they migrate north to Washington in the summer and south to Baja California in the winter. The northerly movement in summer is accentuated during El Niño events.

○  Pacific mackerel are found from southeastern Alaska to Mexico but are most common south of Point Conception, California.

○  Catch limits are in place to end and prevent overfishing.

○  Gear restrictions are in place to reduce bycatch.

Table 1. Pacific mackerel harvest specifications for fishing years 2015-16 and 2016-17, which are based on the most recent SSC/PFMC deliberations conducted in June 2015.

Acronyms follow: OFL is overfishing limit; ABC is acceptable biological catch; HG is harvest guideline; EMSY is proxy for exploitation rate at maximum sustainable yield; σ is sigma uncertainty level; and P* is the overfishing probability value for ABC calculation. See report for other terms presented in the table. 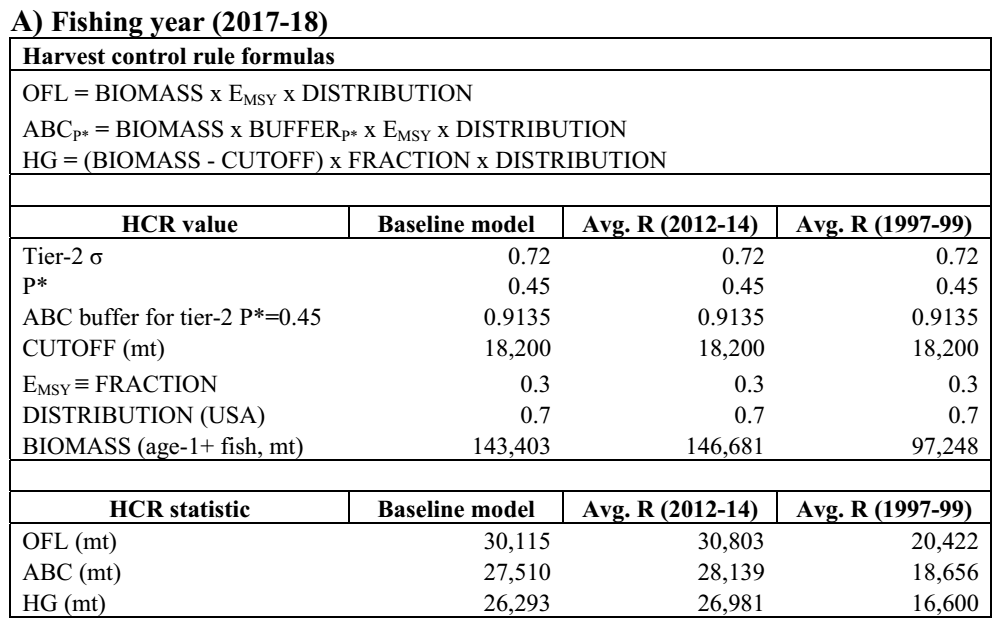 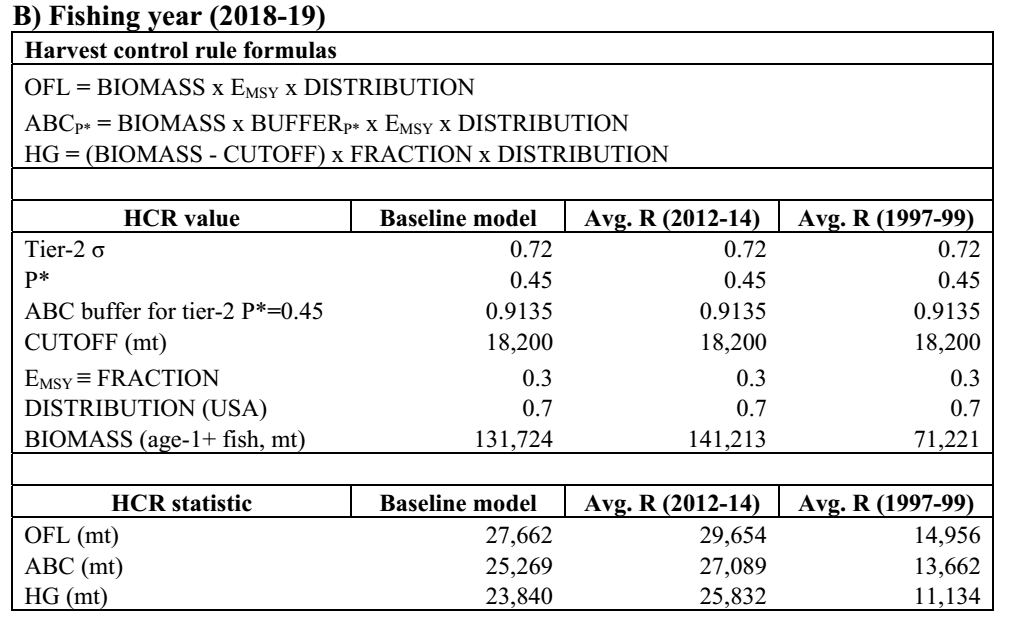