WELL WINTER HAS COME and GONE, SPRING has SPRUNG  with the occasional COLD FRONT still bringing much needed RAIN, BUT those TUNA’S are just around the corner.

OK so we went out earlier this week and CRACKED it, 40 good size LONGIES all 20kgs PLUS THE BIGGEST 30.6kgs

All that’s needed now is a GOOD BLOW of our renowned SOUTH EASTERLEY WINDS and the YELLOWFIN TUNA are here.

Target species expected OFFSHORE or from our DEEP SEA FISHING will be SKIPJACK, LONGFIN, YELLOWFIN, BIG EYE and SOUTHERN BLUE FIN with the chance of YELLOWTAIL, DORADO and of course MARLIN ( mainly from late DECEMBER till end MARCH.)

Target species expected INSHORE or GAME FISHING will be YELLOWTAIL, KATONKAL, those elusive SNOEK with SKIPJACK on the CURRENT LINE and of course CRAYFISH if we get a season.

So Looking ahead as we are part of THE TUNA MASTERS INTERNATIONAL SERIES with TUNA MASTERS TEOS TURKEY 20th to 23rd SEPTEMBER and TUNA MASTERS ALACATI TURKEY 4th to 7th OCTOBER, RUMBLY BAY TUNA COMP 15th to 20th OCTOBER and then our very own TWO OCEANS TUNA DERBY 06th to 10th NOVEMBER with 20 boats booked and entered.

We have a solid order book already, with NOVEMBER choc a bloc and DECEMBER filling nicely ,and many more confirmed for next year, SO for those of you shopping around for a deal be careful, you don’t want to go to sea here on a DINKY TOY, you get wet, its uncomfortable, experience plays a huge role as we fish 30 to 40 nautical miles OFFSHORE and for those of you wanting a WORLD CLASS EXPERIENCE rather pay a bit more as our track record on trip advisor and face-book reviews speak for themselves.

Well with the LONGFIN already here and good reports of YELLOWFIN from further south, I think we could be in for a CRACKER.

Enjoy the photo’s of below. 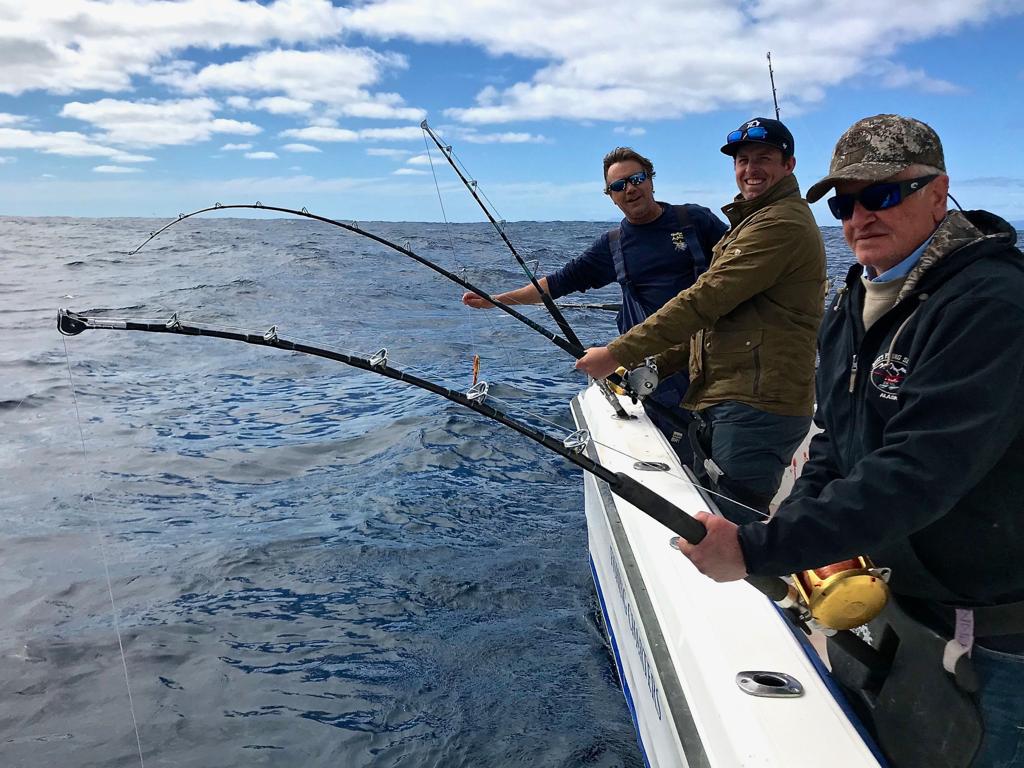 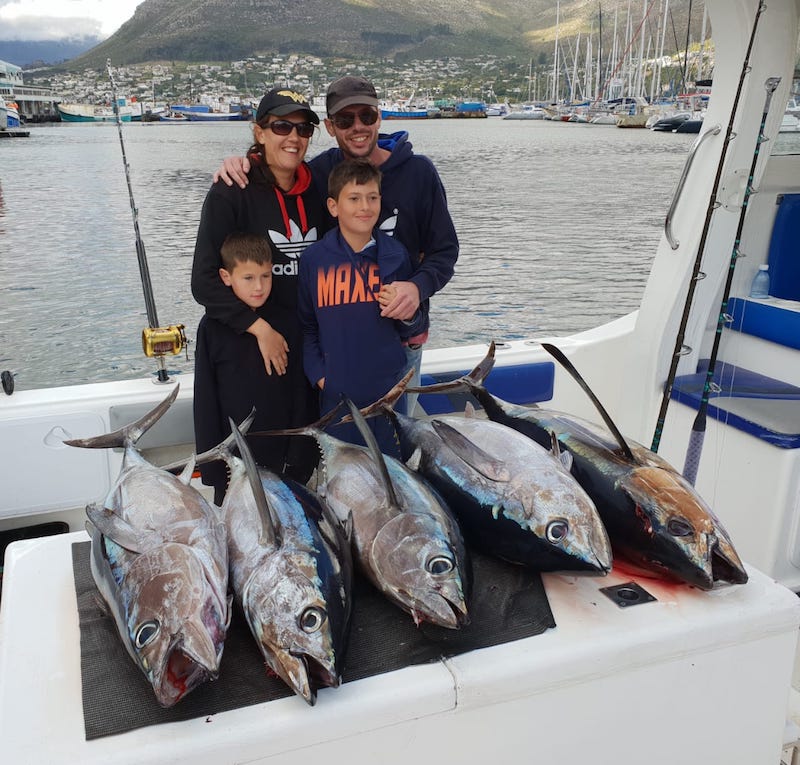 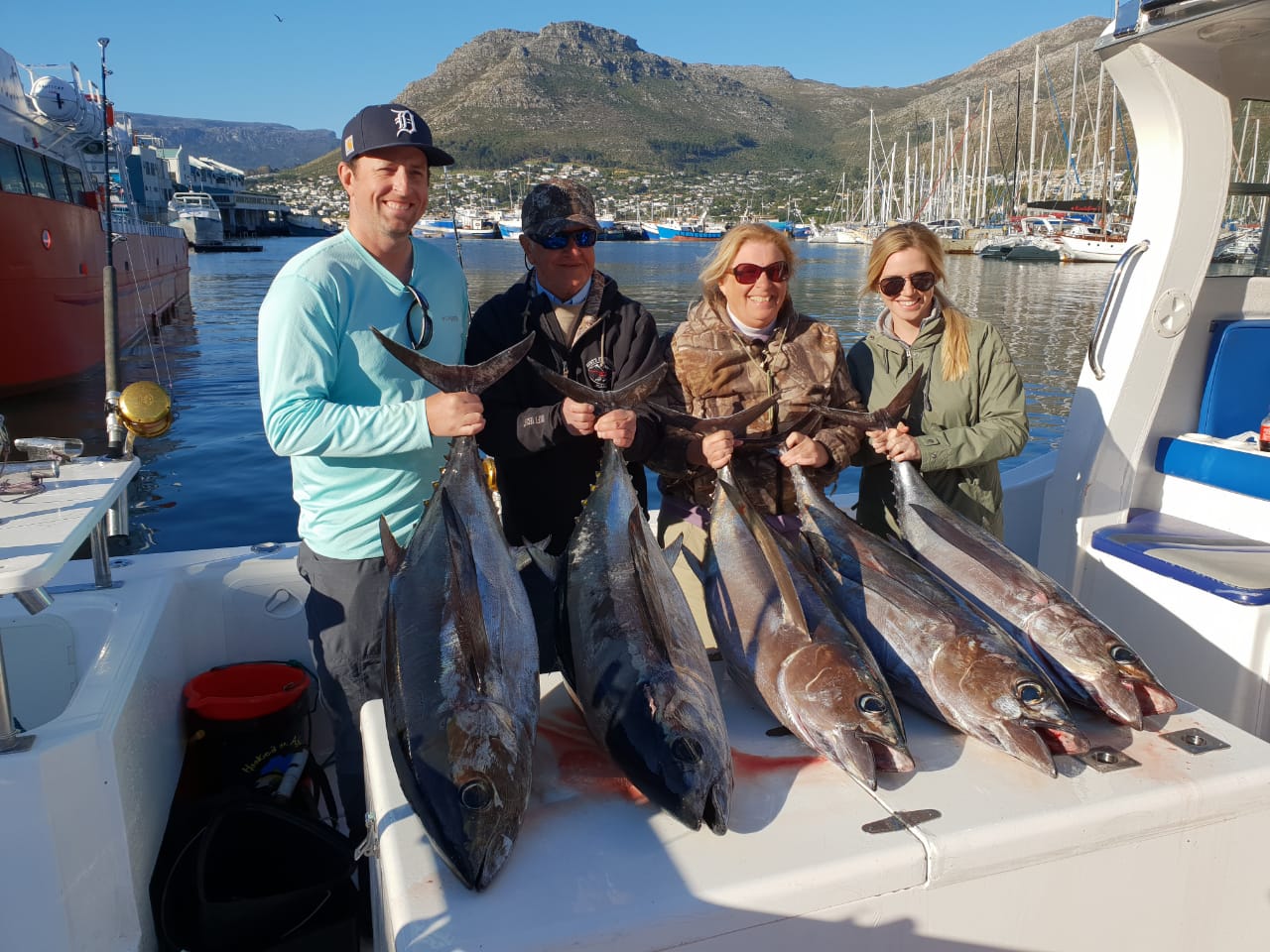