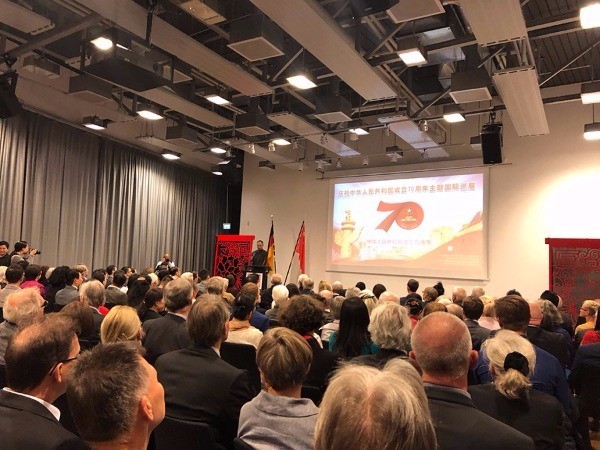 As a preface to China's upcoming milestone anniversary, the International Photo Exhibition Celebrating the 70th Founding Anniversary of the People's Republic of China was held at Germany's China Cultural Center, attracting nearly 200 dignitaries from all walks of life, including politicians, businessmen and Chinese culture lovers.

Vivid photos showcase the joint endeavors and great achievements the Chinese people have made, and aim to give visitors an insight into China's past, present and future.